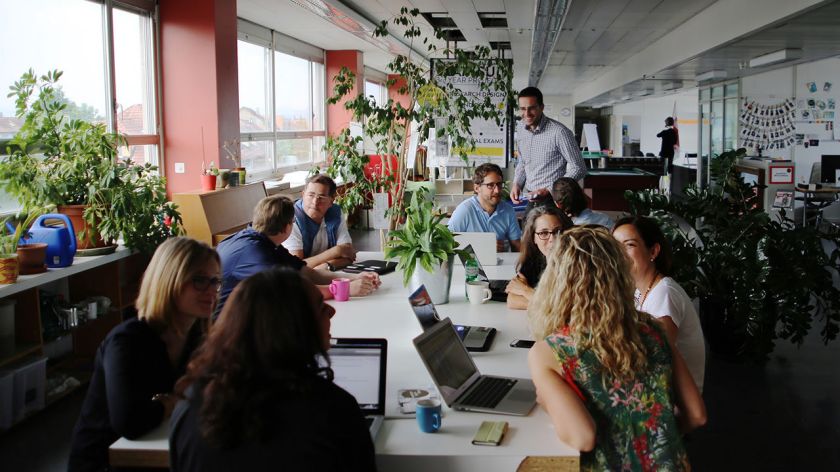 This article from Forbes highlights the shift in the US workforce from full time to freelancing.  Australia has always had a strong freelance culture and is also growing as rapidly.

This means many full time employees are making the switch to freelance careers, often at the point of redundancy.  People take advantage of their payout to help set them up for a new life freelancing, but does their outplacement and career transition support help or hinder them in this transition?   Career, Money Life understands the unique needs of freelancers, and provides access to start up work space, business coaches, mentors, financial advice, tech support and more to truly help people successfully transition and leverage their outplacement funding to help make it happen.

Freelancing used to be a desperate measure for cash-strapped workers who were between jobs. But today, corporate freelance careers look like the next hot opportunity for ambitious professionals, as big companies embrace a business model where the traditional job is going the way of the steno pool.

In a sweeping new study by Deloitte, 42% of U.S. Executives expect to use more contingent workers in the next three to five years. In the global survey, Global Human Capital Trends 2016, which included more than 7,000 responses from firms in 130 countries, 51% of executives expected to hire more freelancers in that time frame, and only 16% predicted they would hire fewer free agents, according to the report.

And with big corporations vying for highly-skilled freelance talent, working with big companies as a free agent is looking like an increasingly attractive option for the future–provided you know how to market yourself, possess sought-after skills, and understand how to form ongoing relationships with such clients. Even with the unemployment rate at 4.9%, Americans’ wages and workweek declined between January to February, reflecting the ongoing lack of opportunity for income growth that has frustrated millions of workers since the Great Recession.

In the new “open talent economy,” big companies are increasingly pulling together teams that are “on and off the balance sheet,” as Deloitte’s report explains. With freelancers increasingly playing major roles on their org charts, these employers realize it makes sense to view them as part of the company culture, keep them engaged and “manage talent effectively when many, or even most, of its people are not actually its employees,” the report notes.

“The combination of lots of technology, the influx of millennials in the workforce, globalization and contract labor have basically penetrated or changed the structure of the companies,” says one of the report’s authors, Josh Bersin, founder and principal of Bersin by Deloitte, which does consulting in the area of talent management. “They are no longer top-down, hierarchical organizations. They work in teams.”

The changing attitude of corporations toward their contingent workforce is important, because more and more Americans fall into that category. Currently, 40.4% of the U.S. workforce has a contingent job, such as freelancing, temping, contracting or a part-time job, according to a study by the U.S. Government Accountability Office. With an ever-louder chorus of experts predicting free agents’ numbers will climb to at least half of the population, the U.S. government recently revived the Contingent Worker Supplement, to take an official head count—a study that had fallen by the wayside since 2005.

The question for many experts isn’t if half the working population will soon be contingent workers but when. “I would say that within 10 years, we’ll be 50-50,” says Andrew Popler, senior vice president at PRO Unlimited, a provider of vendor management software used by companies such as Goldman Sachs, Nike and Facebook. At PRO Unlimited, Fortune 500 clients increased their use of contingent talent by 12.5% in 2015 alone, Popler says.

“What’s most interesting is 15 years ago, a freelancer or a contingent was someone who did the less strategic, more tactical work,” says Popler, who has guided corporations on how to work with “nonemployees,” for 17 years. “But in today’s world the freelancer, the `nonemployee,’ the contingent is integrated into the core strategic delivery roles within an organization.  In many cases the freelancer is facing the client of the company that has engaged them.”

Filling corporate freelance gigs is a growing coterie of knowledge workers—including Ph.Ds, physicists and specialized engineers, Popler says. It is no longer unusual for a pharma company to rely on freelancers to develop products or for an outside consultant to steer deals at an investment bank, he says.

Why are so many companies turning to freelancers now–years after the recession ended and when talent wars are raging in fast-growing industries like tech?

Popler believes the trend reflects the preferences of both the youngest generations of workers and the companies hiring them.

“Both sides appreciate the benefits—the worker because of the flexibility and excitement,” says Popler. “It’s no fun to drive to the same place every day for 30 years. I think the newer generation gets jazzed by saying that after 14 or 18 months I want to go somewhere else and work on new projects and be challenged by new people. The benefit to big companies is that it’s more cost effective, and although they lose some talent, it gives them access to new talent.”

Of course, legions of Americans with mortgages and dependents would gladly trade novelty and excitement for the stability of a steady paycheck. Many have been sidelined as they struggle to adapt to an economy where contract or part-time work is supplanting traditional jobs.

But for workers who can embrace or at least adapt to the freelance lifestyle–and have skills corporations want–the years to come could be very good ones. Many companies, realizing how important freelancers are to them, are looking for ways to make the work experience more attractive. Their HR departments are realizing they need to keep contingent workers just as engaged as other workers, to avoid losing them to a rival offering a better freelance gig.

“You cannot treat them differently,” says Mike Ettling, president of SAP SuccessFactors, a workforce management technology provider that integrates with SAP Fieldglass, a solution for managing outside vendors. “Recruiting, onboarding, management—why limit that to permanent employees?” he asks.

Another piece of good news for freelancers is that it will likely be harder in the future for companies to justify common practices like forcing freelancers to wait months to get paid–a reason many free agents give up on their solo careers prematurely. “You wouldn’t make your staff wait for 90 days to be paid, so why would you do that to a contingent worker?” Ettling asks. “I wouldn’t be surprised if you see a Glassdoor for contingent workers emerging, where they rate and rank companies.”

As both Popler and Ettling pointed out, the biggest obstacle to even wider use of freelancing is the ongoing debate about worker misclassification. But with some of America’s most powerful corporations realizing that using freelance talent makes them more nimble—and saves them money—they are finding practical ways to deal with the uncertainties. “In our lifetime, I don’t see freelancing declining,” says Popler. That’s good news if you can figure out how to make the growth of the free agent economy work in your favor. 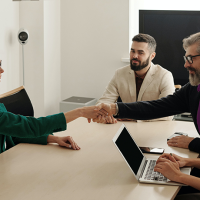 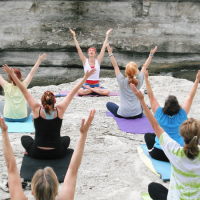 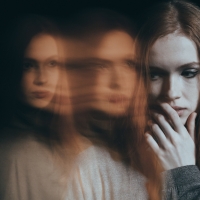