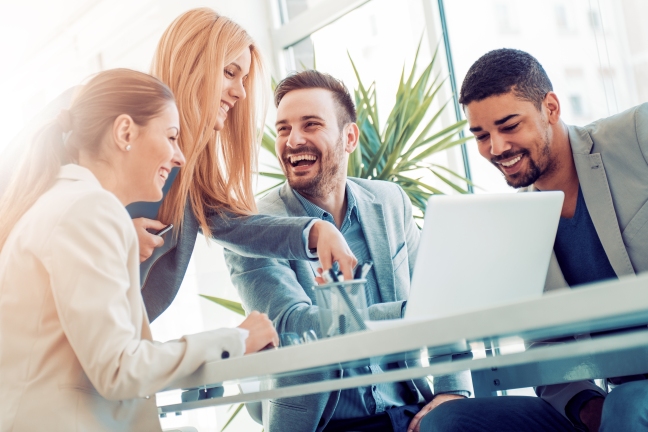 With the war for talent now considered simply a way of life for HR teams everywhere, employees’ experience of redundancy is more important than ever. And with alarming statistics like the fact that a disgruntled employee tells up to 20 people about their bad experience (and possibly exponentially more with the rise of social media and Glassdoor), how an employee exits a company is potentially just as important as how they enter it.

But how many companies actually realise this? And what are they doing about it?

Poor or non-existent redundancy programs – a disaster waiting to happen

In years gone by, whatever happened to an employee after they left the four walls of a company was considered not their problem. But with more people being made redundant now than any other time in history, organisations are becoming increasingly aware of the fact that a bad employee experience is a disaster waiting to happen – from more than one perspective.

Take the case of BlueScope Steel, for example. After years of alleged poor treatment and following her badly-handled redundancy, employee ChinnariSomachi decided to exact her revenge on BlueScope. She downloaded proprietary software worth USD $45 million to the company and started investigating to whom she could sell it. Her actions, of course, were illegal and BlueScope immediately sought a court injunction against her. But one has to wonder whether the whole situation might have been avoided if she was treated better.

Other companies have suffered similarly from treating employees badly during the redundancy process. Take, for example, this woman in Sweden who after being made redundant, desecrated her former boss’s daughter’s grave. Or this man, who made 30 hoax bomb calls to offices of his former employer.

While these might be humorous examples, sometimes companies find themselves in deeply disturbing circumstances. There are, unfortunately, far too many examples of employees spiralling out of control following a redundancy and then taking their own life.

So it’s fair to say that a bad redundancy is a disaster waiting to happen. But can companies really avoid such a situation with the options they offer?

What do people actually want after a redundancy?

If someone is enjoying their job and likes their company, then a redundancy will never be pleasant. But for every employee who is upset by their redundancy, there are just as many who are relieved, pleased or even thrilled. Some even claim that it is the best thing that has ever happened to them.

And often the key difference between detractors and those who wax lyrical about their experience is the support opportunities they’re offered during the redundancy process.

Employees are highly individual, and what they want after a redundancy can vary considerably. Yet, most often companies offer precious little in the way of redundancy support, outside of a resume consultation and a referral to an Employee Assistance Program. There is often little, or no, consultation with the employee about what on earth they want to do with their life now, or how they can be supported in a more holistic way.  What’s more, many redundancy programs are pre-paid, so if they aren’t utilised, there is the double negative of the employee being unhappy, and the organisation wasting money.

For many people, finding a new job (in their current industry) may, in fact, not even be a consideration after a redundancy. A growing percentage of employees take a redundancy as an opportunity to change careers entirely, many of whom do so via retraining. And many more want to take some time to destress or relax, which can take many forms – from a wellness retreat to finally making the time to try a different type of exercise.

Yet companies don’t (or can’t) cater for employees’ individuality, simply because to offer hundreds of options is far too hard.

How to give your people real options

Giving options is hard…well that is, it was hard, until now. HR tech is giving HR teams (and more broadly, employees) more options and better experiences than ever, and one in particular that is revolutionising the redundancy space is Career Money Life.

Recognising that no two employees are the same, Career Money Life gives employees a near-infinite amount of choice when it comes to their redundancy benefits, through their online portal of the same name.  Crucially, the portal also significantly eases the administrative burden on HR by managing all benefits suppliers within the platform.

Career Money Life works by enabling HR to delegate a spend to each employee (for redundancy, but also across a whole host of other benefits and programs) and then giving employees access to verified, quality suppliers. Following a redundancy, what this means is that employees can choose anything they like – if they want to retrain, for example, courses are available, or they can simply maximise their wellness through a yoga retreat!

Redundancy – a fact of life, but not necessarily a bad one

For too long, redundancies have struck fear in the hearts of employees and to an extent, HR teams and company management. But by empowering employees with choice, this needn’t usually, or even ever, be the case in the future.

Offer your people a personalised career transition experience. Book a time for a demo of the Career Money Life platform now.