This article is originally published in The Sydney Morning Herald.

About 40 percent of existing university degrees will soon be obsolete and traditional undergraduate or postgraduate degrees could disappear within a decade, global accounting firm Ernst and Young says.

Universities will also need to begin the move towards “lifelong learning”, that is delivered largely online, in the next five years to survive, according to the firm’s new research paper on the university of the future and its Oceania education sector leader Catherine Friday.

“A lot of the content of degrees no longer matches the actual work that students will be doing,” Ms Friday said.

“There will most likely be much more work-integrated learning in tertiary courses, which is not necessarily students doing work experience but firms co-developing the curriculum and actually getting students to work through complex real-life problems under the mentorship of academic and industry leaders.”

“There may be some students who want to complete four-year degrees faster but there will also be those who feel a degree isn’t what they need for their career at all, and they need to take elements of a degree, micro-credentials, that are relevant to the work they want to do,” Ms Friday said.

“A growing cohort of graduates are leaving the university environment with more debts and few job prospects,” the report says.

“More than half of Australian employers say that degrees in management and commerce are not worthwhile.”

It also found only 36 per cent of those studying humanities, culture and social sciences and 41 per cent of science and mathematics students thought their degree was relevant to their job.

Other degree areas had much higher levels of relevance,  with 87 per cent of nursing students and 80 per cent of students in education saying their degree was relevant to their job.

Michael Nguyen, who graduated with a three-year commerce degree from Curtin University in 2015 and works as a marketing executive at Sydney firm Wisr, said little of what he learnt at university had been relevant in the workplace.

“When you get out there, you have to know how to use platforms and create campaigns on social media,” Mr Nguyen said.

“You don’t learn that at university, you only learn textbook theory on things like what consumers do.”

Ms Friday said universities would need to map out these changes and begin putting them in place in five years, or risk losing domestic and international students to new Australian and international institutions that are faster to move to more relevant degree models.

“Some universities are already starting to make some of these changes but for those at the other end of the bell curve, the future will be very stark,” Ms Friday said.

Pro vice-chancellor for education at the University of Technology Sydney Peter Scott said most universities across the country are aware of the need for change and are already planning for the future.

“One of the things UTS is now doing is developing our strategy for 2027 and looking at unbundling the degree, redesigning the physical campus and working with industry,” Professor Scott said.

The report follows a recent prediction by the Grattan Institute that more than 50,000 of the 250,000 students who started a bachelor degree in Australia this year will drop out before they finish, as the country faces its lowest six-year university completion rate on record.

Learn how to enable a customised learning experience for all. Career Money Life offers a wide range of learning options outside of uni courses. Talk to us to learn more about our Learning and Development Programs. 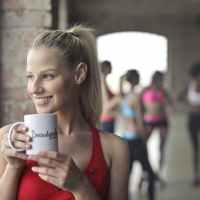