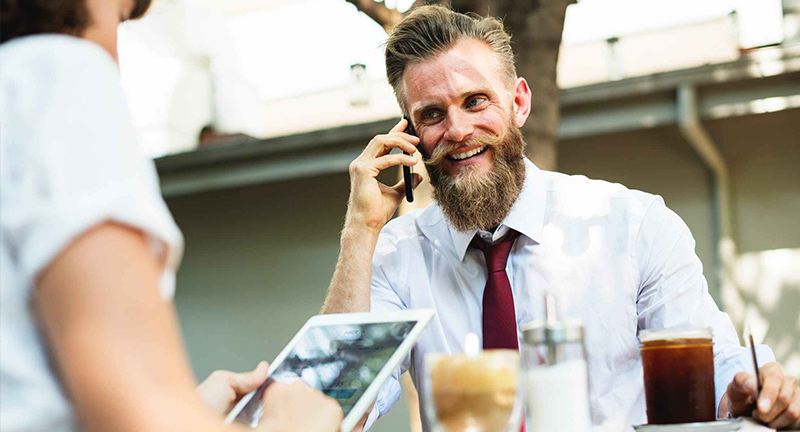 This article is authored by Michael O’Bryan, a former intelligence analyst and founder of the innovation consulting company 360 Thinking. You can view the original article on WIRED’s website.

THERE SEEMS TO be a common and misplaced perception about creativity in the workplace.  When most people picture a group of creative workers gathered around a white board rattling off one great idea after another and building a new future for their company, they likely envision a group of twenty-somethings, possibly sipping lattes and wearing skinny jeans and hipster glasses.

This common image of the “creative type” being younger workers 18-35 years of age and older workers being too stuck in their ways to be innovative, is particularly counterproductive in light of two major trends in our economy.  First, creativity and its finished product, innovation, are now vital for our survival in the global economy.  Secondly, our workforce is increasingly getting older — predictions show that in the next several years 25% of the workforce will be over 55 years of age.

Putting these two realities together, the aging work force and the need for creativity, we have to ask ourselves, how is the US to compete in the new global economy? If we follow our common perceptions of creativity, these two realities seem in opposition.  However, after a closer look, this is really a great opportunity for which the older workforce is uniquely qualified.

Our Perceptions of Creative Types

With the media attention given to the world’s younger entrepreneurs, and the focus of the innovation and creativity discussion centering on school age children and university students, it is hard to imagine that we should focus resources on older workers.  While there is no denying the rise of innovators in the younger generations or the importance for creativity in schools, creativity should not be seen as a zero-sum game, where if the young are using it, then no one else can.  This approach prevents managers from encouraging creativity in older workers, resulting in a potentially huge loss of innovation, since older workers comprise the majority of the workforce.

The common perception is that the young are better suited to come up with novel ideas.  There is also a historic stereotype of the older worker as a “fish out of water”, unable to deal with innovative environments.  This stereotype is seen in popular culture, such as the 2013 movie “The Internship” where two 40-year-olds struggle with the loose and creative atmosphere at Google.  Rapid changes in technology influences the perception of older workers being unable to keep pace with it, and creativity, in general, is seen as a young person’s game.

The perception of the lack of creativity in older employees, like stereotypes in general, is not supported by research.  Reviews of hundreds of studies, indicates that age has no bearing on creativity.  As reported last year, studies have shown that creative ability in people peaks later in life.  For example, physicists make their greatest discoveries around age 48, and painters are at their creative best around 42.

If Not Age, Then What?

There is enough research to indicate that there are several factors that make a worker more likely to be creative.  Along these lines, the “Componential Theory of Creativity”, originated by Teresa Amabile of the Harvard Business School, proposes that there are four factors necessary for a creative worker regardless of age:  1) intrinsic motivation 2) expertise in his/her area 3) skill at creative thinking and 4) employment in an environment that supports creativity.

An older worker likely has the first two factors necessary for creativity.  Older employees are likely to be internally motivated to take pride in their work, and because of their maturity, more likely to be highly experienced in their field.  The last two factors can be met with help from management.

Older employees can be trained in the creative process.  Techniques can be taught to employees to help them begin to think more creatively and, with practice, gain creative confidence.  Management can also facilitate a creative environment by encouraging creative behavior such as questioning, exploring, and connecting ideas, all necessary for creative problem solving or idea creation.  Instilling creative skills in older employees and building a creative environment are likely two factors that can be achieved with limited effort on the part of management.  This could result in an untapped resource of innovation.

The American workforce must become more creative for us to remain competitive in the global economy.  This is good news since a large part of our workforce is of an age where creativity is attainable with effort on the parts of both employee and employer, but only if we get past the misperception that older workers cannot be creative.  So, the next time you imagine the creative “type”, forget the skinny jeans and hipster glasses, and think of Dockers and a pair of sensible shoes.