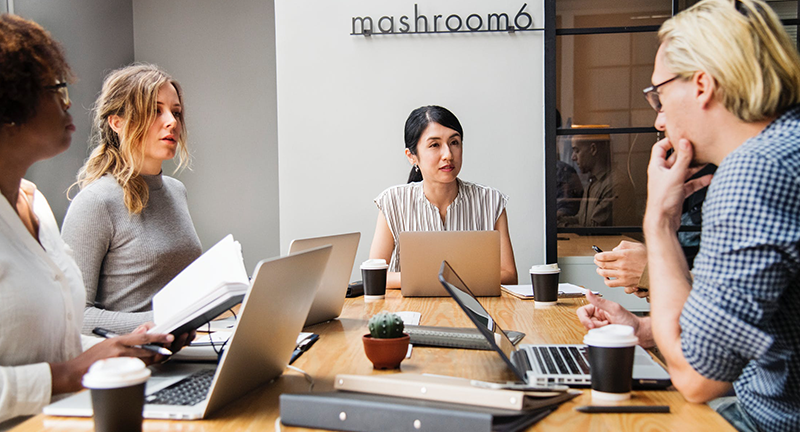 This article is authored by Ephrat Livni and is originally published by Quartz at Work.

If you’re a working woman, you’ve likely been inundated with advice about how to ensure that gender double standards don’t impede your brilliant career. Assert yourself boldly at meetings in an appropriately low tone of voice, yet purr pleasingly when negotiating salary. Be smart but never superior, a team player though not a pushover, ever-effective yet not intimidatingly intellectual. Calibrate ambition correctly, so that none are offended by your sense of self-worth, but all seek to reward your value. Dress the part.

Inevitably, even in the most allegedly enlightened workplaces, women contend with subtle biases. And so the fairer sex gets the message that we can’t just work. We must also contort and twist and try not to seem bitchy as we lean in.

But the obstacles that come with working in a sexist culture are beyond any individual’s control. And so advocating a do-it-yourself approach to on-the-job equality may actually be a kind of gaslighting—just one more way for institutions to deflect blame and make women question themselves and doubt their sanity. It’s the society we operate in that needs fixing, not how we ask for money, the tone of our voices, or our outfits.

In fact, research by Duke University department of neuroscience professors Grainne Fitzsimons, Aaron Kay, and Jae Yun Kim, to be published in the Journal of Personality and Social Psychology, shows that overemphasizing messages of individual female empowerment diminishes people’s sense of systemic obstacles that require societal redress. It puts major historic problems on the shoulders of individuals, who are actually minor players, they write in the Harvard Business Review (paywall).

The problem with “Lean In”

Empowerment advice for women provides an “illusion of control” that’s not realistic, the researchers say. The advice may be good insofar as it gives us hope, but it fails to recognize larger, much more powerful forces at work, like a long history of discrimination and patriarchy.

“We suspected that by arguing that women can solve the problem themselves, advocates of the ‘DIY’ approach may imply that women should be the ones to solve it—that it is their responsibility to do so,” they write. “We also hypothesized that this message could risk leading people to another, potentially dangerous conclusion: that women have caused their own under-representation.”

To test their theories, the researchers conducted six studies on 2,000 male and female subjects in the US. Participants read text from Facebook chief operating officer Sheryl Sandberg’s book Lean In, or listened to audio clips from her TED talks that describe the problem of women’s under-representation in leadership. Sandberg’s work was chosen for its prominence and because it advocates a DIY approach while also laying out the systemic problems that women face. This ensured that subjects got different messages from the same messenger—Sandberg.

Some participants read or heard the DIY messages telling women to be more ambitious, speak confidently, demand a seat at the table, and take risks. Others read or listened to information about structural and societal factors causing under-representation, like discrimination. It turned out that people who heard the DIY messages were more likely to believe women have the power to solve the problem and were also more likely to believe women are responsible for both causing and fixing gender issues. Meanwhile, subjects who heard about structural problems tended to see a need for institutions and society to address discrimination.

“What’s more, these effects were even associated with people’s policy preferences,” the scientists write. For example, people who encountered the DIY messages were more likely to blame women in a subsequent study showing that code written by female engineers at Facebook was rejected more often than code written by men.

The roots of the phenomenon at Facebook were ambiguous—meaning it might have come down to the quality of coding, or could have been because the managers were biased against women engineers. However, study subjects exposed to Sandberg’s arguments about leaning in didn’t think policy changes—like having managers review code anonymously, or training managers on bias—would be worthwhile.

The researchers note that there are limitations to their findings. The study hasn’t been replicated by other scientists, for one. Also, the work focuses, as Sandberg’s book did, on women in leadership positions, and doesn’t address working class women’s issues at all. Still, they say they’re concerned, writing, “Humans don’t like injustice, and when they cannot easily fix it, they often engage in mental gymnastics to make the injustice more palatable. Blaming victims for their suffering is a classic example — eg, that person ‘must have done something’ to deserve what’s happened to them.”

May it please the court

The truth is that women face biases that are far too profound and complex to expect any individual to resolve them on their own. Consider women attorneys. As Deborah Rhode, a Stanford Law professor, wrote in 2001 (pdf), women in the courtroom face a “double standard and a double bind.” They must avoid being seen as too soft or too strident, too aggressive or not aggressive enough.

That’s still true today, as University of San Francisco law school professor and former federal public defender Lara Bazelon explains in a recent post in The Atlantic. Women trial attorneys must do argumentative gymnastics to ably represent clients while also seeming like they are fighting nice. Unlike male lawyers who impress judges and jurors when they’re aggressive or tough, female counselors have to tread carefully, lest they displease an audience that still expects them to be mild.

“Sexism infects every kind of courtroom encounter, from pretrial motions to closing arguments—a glum ubiquity that makes clear how difficult it will be to eradicate gender bias not just from the practice of law, but from society as a whole,” Bazelon writes.

The double standard for male and female attorneys applies to attire, too. Men show up in a suit and tie and they are fine—that’s it. Women lawyers are much more intensely scrutinized—the height of their heels, length of their hair and skirts, and whether they wear pants or pantyhose or makeup is all up for discussion among judges, counselors, jurors, and clients.

I can confirm this based on my own experience. As a public defender in Palm Beach County, Florida, I heard a lot about my look and I took it to heart, mostly, dressing for my clients’ success. Notably, during my first week handling 100 clients in a domestic violence court, my mom was serving on a criminal trial jury in Massachusetts, where she told me that her fellow jurors spent much time discussing the defendant’s female counselor’s suit and shoes rather than the evidence presented. As a result, she was less concerned about my difficulties representing the indigent accused than with me finding the right outfit to do so.

My mom wasn’t wrong, though it also wasn’t even possible to dress in exactly the “right” way. As sociolinguist Deborah Tannen notes in her essay “There Is No Unmarked Woman” (pdf), there’s no such thing as a standard style for women that will enable their appearance to go unremarked upon.

Personally, I solved the problem of preferring pants to skirts and flats to heels by becoming an appellate attorney. A written brief never shows the lawyer’s outfit, and my name is too confusing and foreign to reveal my gender. But when my husband and I were partners at our own small law firm together, I was quickly reminded of bias again, as clients almost invariably assumed that I was his secretary, rather than a person who’d be fighting for them in court. Except of course—as did happen on occasion—when I’d write the motion and send a male attorney in my stead so as not to disadvantage a client in a rural part of the state where neither my name or gender would go over well. Suffice it to say, it wasn’t a job I kept long.

Similarly, Bazelon escaped the courtroom after seven years and found her way to academia. Now she advises aspiring female attorneys, offering counsel she’d rather not have to share:

I tell my female students the truth: that their body and demeanor will be under relentless scrutiny from every corner of the courtroom. That they will have to pay close attention to what they wear and how they speak and move. That they will have to find a way to metabolize these realities, because adhering to biased expectations and letting slights roll off their back may be the most effective way to advance the interests of their clients in courtrooms that so faithfully reflect the sexism of our society.

Bazelon acknowledges that women are forced to play by different rules; anything less would be unfair to students. But she doesn’t disguise that reality as a pep talk, nor does she pretend that the career advice she offers is anything other than than an indictment of the larger sexist system in which she, and her students, operate.

Getting on with it

Although there’s lots of talk about equality in the workplace today, eradicating sexism from our culture is no easy task. For one thing, it starts early in our families. Disparate treatment of boys and girls begins at home, where girls do more chores (paywall) yet allowances for male children are greater than for females. The pattern continues in schools around the world, where children are socialized differently, with boys encouraged to express ideas more and girls praised for their neatness and niceness.

Despite advice to lean in, it’s still difficult for women who already know they’re equal and perform as well as men to assert themselves and be rewarded accordingly. Making your case doesn’t always result in a raise or promotion—sometimes you actually pay for the audacity.

We can even be punished for just being ourselves. For example, Vicki Sparks, a sports journalist who was the first woman to ever call a World Cup match live on British television, this year was widely admonished for having too high-pitched a voice.

The Duke University researchers argue that their findings on DIY equality should worry anyone who believes we need structural and societal change to improve the workplace. ”[T]he more we talk about women leaning in, the more likely people are to hold women responsible, both for causing inequality, and for fixing it,” they write.

It’s enough to make any lady crazy. But don’t let it get to you—because women can’t afford that. Individually, we each have to keep fighting our battles. Still, we cannot and must not absorb facetious messaging that says we created and can fix failings that are not of our own making—and that we might somehow shape-shift until we fit perfectly into fundamentally flawed workplaces.

Career Money Life offers career development services for women such as mentoring, leadership training, and board career programs under our Diversity and Inclusion Program. Book a demo now or contact us to learn more. 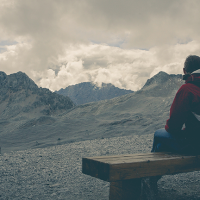 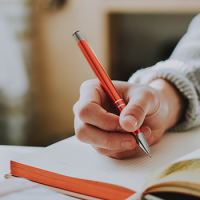 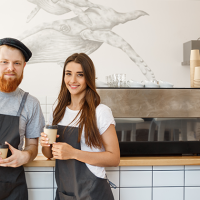 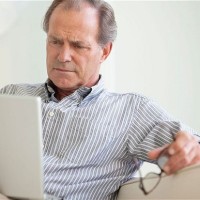