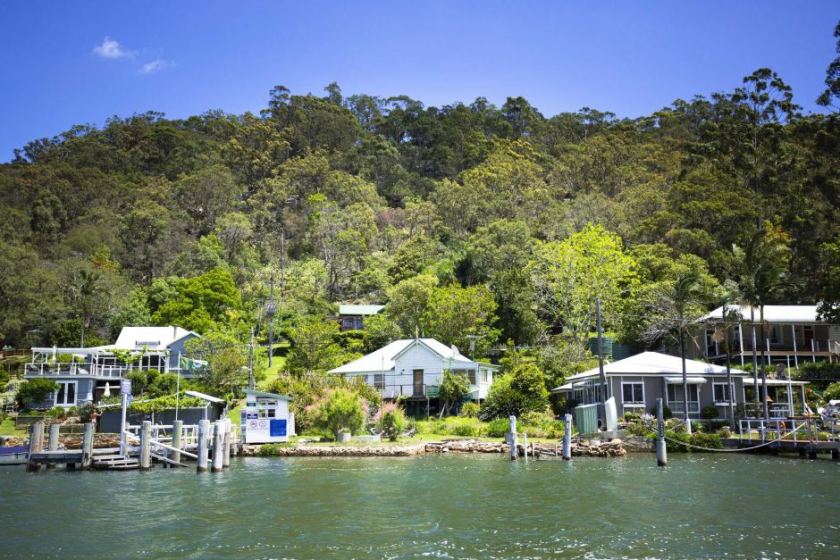 This article is originally published by ABC.

There are no roads to the spot where 93-year-old Margaret Kerans’s weatherboard home sits, perched on the edge of the Hawkesbury River in New South Wales.

The only way in is by boat.

A 20-minute journey upstream from the main marina will bring you to her property, tucked between holiday homes and million-dollar mansions.

To a passer-by it might look like a real estate gem. The worst house on the best strip of river bank.

For years, it was Ms Kerans’s sanctuary.

She would make the journey between her home by the river to Fiji’s remote islands where she worked as an anthropologist.

“She was amazing, she was truly amazing,” said her daughter, Marion Rae.

“She was at university as a teacher, then she went off and did research in Fiji. 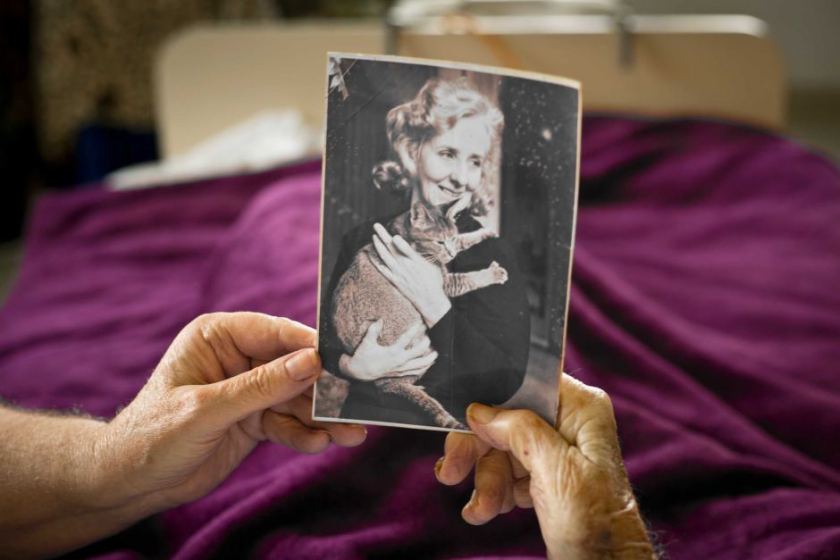 “Mum had a voracious love of knowledge and was always ahead of the time.

Not many women in the 1950s were like her. She fought against racism, she raised me as a single parent, she loved her career.”

But in recent years, Ms Kerans’s health began to fail, and the riverside cottage became a place to hide away.

The once free-spirited traveller was retreating, spending time among the shelves of collectables from a life she would soon no longer remember.

But according to Ms Rae, as her mother’s energy started to fade, so too did her savings.

It is a kind of complex financial product that sees a bank provide either a bulk sum of money or instalments and deduct the value of the loan from the equity in a property.

A reverse mortgage steadily accrues debt without the borrower paying down the loan and is often accompanied by a steep, compounding interest rate.

Ms Kerans quickly found herself swallowed up by debt. Needing more money, she approached the Commonwealth Bank and was offered a loan of $170,000.

By this time, Ms Kerans was 80 years old. She needed more money to live and to repay the St George debt.

The Commonwealth Bank did not recommend independent financial advice and topped up the loan, bringing her debt to a total of $200,000.

Once her refuge, Ms Kerans’s home had morphed into a financial prison and one she was in no condition to break out of.

By 2009, Ms Kerans was diagnosed with dementia, had become frail, and was unable to care for herself.

After a career spent working as a social scientist, Ms Kerans could no longer manage her affairs and moved out of her Hawkesbury house and into a nursing home.

Months later, her daughter was back at the cottage and it was then that she discovered her mother’s complex web of loans and the crippling debt.

“It was in clearing the house, tidying up and trying to sort out her paperwork that I discovered the existence of the loan,” Ms Rae said.

“I felt so much fear and shame that my mum was in this position and terror at what would happen to her.

I was afraid that she was destitute and that the bank would take her house.

“It was horrible to think she was in this situation without my awareness. I didn’t know where to turn or what to do.”

Ms Rae found a statement that claimed her mother’s loan was approaching its limit. She said she panicked and went to the bank to have the loan limit increased, fearing she would lose the Hawkesbury house.

To the bank, this act constituted Ms Rae’s approval of her mother’s loan — and that would have implications down the track.

Since it was extended, the loan has steadily accrued interest and is now sitting at $379,000, meaning the loan has collected $179,000 worth of interest in nearly 10 years.

That also means the Hawkesbury haven is now unlikely to be worth the amount is it mortgaged for.

Ms Kerans was admitted to aged care as a “destitute person” so most of her fees are paid for by the Government. In the nursing home records, the qualified psychologist and anthropologist is listed as having no assets.

“Because I didn’t know she was getting in trouble, I couldn’t address it,” Ms Rae said.

“Had she had independent legal advice, it would have been [to] talk with your daughter about your options before you sign this contract.”

Ms Rae took on the Commonwealth Bank over the state of her mother’s finances and that battle has continued for two years. 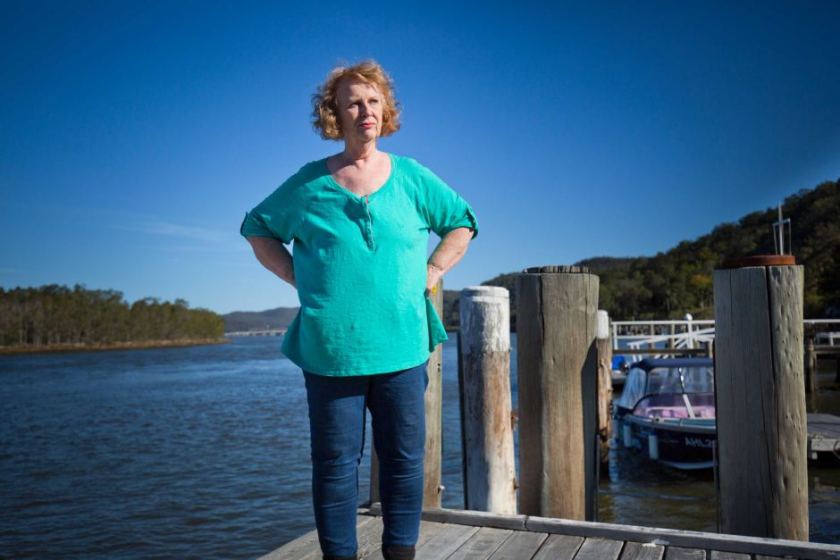 The lending was irresponsible: ombudsman

After years of back and forth with the bank, Ms Rae lodged a complaint with the Financial Ombudsman.

Unable to afford a legal fight, the service was her last resort.

The Financial Ombudsman took on the case and found the Commonwealth Bank failed to meet its responsible lending obligations because it did not require Ms Kerans to receive independent financial or legal advice before taking on the reverse mortgage.

The ombudsman also concluded Ms Rae’s act of taking the loan into the bank for an extension in 2009 showed her mother had made at least one person aware of the situation.

It also ruled the bank should compensate Ms Kerans, but because she had derived a financial benefit from the loan, the adjusted figure still came to $260,000. Ms Rae did not accept the determination.

At 93 years of age and with no memory of the interesting life she has led, Ms Kerans is facing a sizable debt with no capacity to repay it.

It is suspended between its former glory and a possible fire sale by Australia’s biggest bank.

Ms Rae insists her mother should never have been granted the loan and believes the bank should cancel the debt.

“I was very naive. I thought the banks were trustworthy. It took quite a while to catch on that they’re just money-making corporations and businesses wanting to make money from my elderly mother,” she said.

Most of the major banks have stopped offering reverse mortgages, but there are at least 17,000 of these loans in existence around the country.

In a statement, the bank said it was sorry Ms Rae was not happy with her mother’s reverse mortgage and they remained “open to working with Ms Kerans and her daughter to resolve their concerns”.

In August, ASIC warned many borrowers had a poor understanding of the risks and future costs of reverse mortgages, and many people did not consider how the loans could stop them affording life’s essentials down the track.

Chief of the Council on the Ageing Ian Yates said the product could be beneficial, but warned often the compounding interest of the loan, combined with its confusing nature, meant many consumers ended up losing a significant portion of their home’s value in interest.

“With a reverse mortgage you are taking a lump of money, you’re not paying anything back and the interest is added on to what you owe and it keeps growing and then you have interest on the interest,” he said.

And people don’t understand that, as the years go by, that compounding really takes your equity away quickly.

Managing director of the Finance Brokers Association of Australia Peter White said if reverse mortgages were not properly explained to customers, they could be very damaging.

“It’s not just like going for a loan. There are these other pieces that must be considered within the complexity of the transaction,” he said. 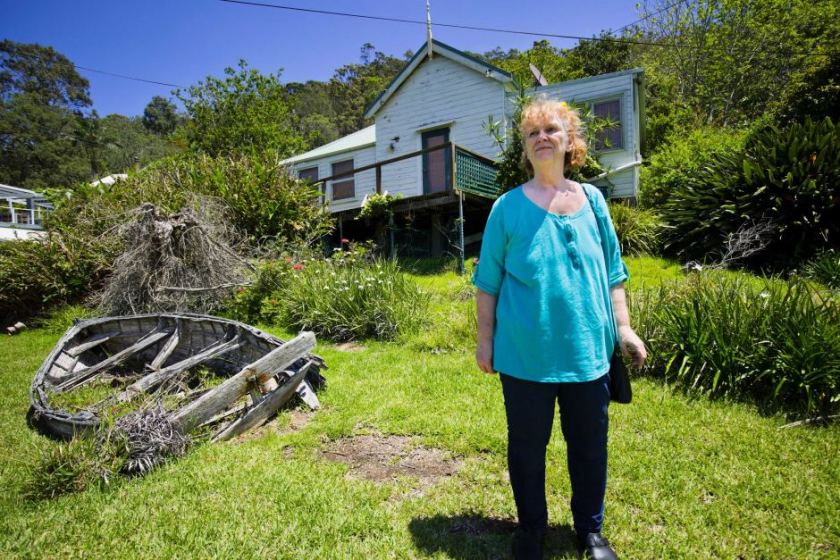 Ms Rae insisted she would find a way to continue her fight to have the debt cleared.

“The house is worth less than the debt. So selling the house won’t pay the debt, it will just leave mum completely penniless and unable to fund her care,” she said.

The Commonwealth Bank said customers no longer have to repay more than what their home is worth.

“Once Ms Kerans’s property is sold, she would have no further debt owing on her reverse mortgage,” a spokesperson for the bank said.

Ms Rae fears despite her mother’s intelligence and her life’s work in social science, her legacy will be something far more senseless.

“I’m going to keep fighting. I love her dearly. I’m not going to give up because she deserves my loyalty,” Ms Rae said.

“She raised me well and she fought for people who were victims and now that she’s a victim I have to fight for her.”

As for the house, it remains in the shadows — no longer filled with stories of adventure, beyond its best days and at the mercy of a bank.

Career Money Life provides a holistic approach to retirement with our Transition to Retirement Program. Our dynamic Life Planning tool allows you to understand your priorities, at work and home and then build a plan, set goals, and achieve success with the support of our services and advice.  Book a demo now or contact us to find out more about our programs.