This article is authored by Susan Scutti and is originally published by CNN.

Rising rates of loneliness may not be news, but the three periods when it peaks may come as a surprise: More people reported feeling moderate to severe loneliness during their late 20s, their mid-50s and their late 80s than in other life periods, according to research published Tuesday in the journal International Psychogeriatrics.

The general sense of isolation was also more prevalent than the researchers expected. A full three-quarters of all study participants reported moderate to high levels of loneliness, said Dr. Dilip Jeste, senior author of the study and a professor of psychiatry and neurosciences at the University of California, San Diego.

“One thing to remember is that loneliness is subjective. Loneliness does not mean being alone; loneliness does not mean not having friends,” said Jeste, who is also director of UC San Diego’s Center for Healthy Aging. “Loneliness is defined as ‘subjective distress.’ ” It is the discrepancy between the social relationships you want and the social relationships you have, he said.Within the dark clouds, Jeste also found a silver lining: An inverse relationship exists between loneliness and wisdom. “In other words, people who have high levels of wisdom didn’t feel lonely, and vice versa,” he said.

The friends we lack

Dr. Vivek Murthy, former US surgeon general, says the reduced life span linked to loneliness is similar to smoking 15 cigarettes a day, Jeste noted in the study’s introduction. Meanwhile, some research suggests that loneliness is common in old age, and others say it is typical in young age. “They are somewhat split, so that’s what we wanted to find out,” Jeste said.A total 340 San Diego County residents between the ages 27 and 101 participated in the study.

Jeste and his co-authors hypothesized that these community-dwelling participants, none with serious physical or psychological ailments, would report more loneliness in old age based on the “usual assumption that as people get older, they become more alone,” he said. They were surprised when they discovered two peaks (during the late 20s and mid-50s) in addition to the one in the late 80s. The results do not explain the reasons why people feel lonely, but Jeste had his theories.”So the late 20s is often a period of major decision-making, which is often stressful because you often end up feeling that your peers made better decisions than you did, and there’s a lot of guilt about why you did this or did that,” he explained. It’s a period of stress, which increases loneliness, he said.”The mid-50s is the midlife crisis period,” Jeste said. Typically, your health begins to decline, and many people learn that they have pre-diabetes, say, or heart disease.

You see some of your friends are dying, and really, it’s the first time you realize that your life span is not forever,” he added. “And the late 80s is, of course, a period when, if you’re lucky to have survived to that age, then things start getting worse.” Along with health issues, you may experience financial issues and the death of a spouse and friends, he said: “It’s probably the most understandable of the three periods.”The surprising main finding of the study was the 76% prevalence of moderate to severe loneliness, Jeste said: “We thought that it would be little more than a third.” Men and women felt equally lonely and to the same degree — no sex differences were found in either prevalence or severity, he and his colleagues found.

Make the most out of your Employee Assistance Program (EAP) with our top-quality EAP programs. Help your employees through any challenges they might be experiencing by giving them the opportunity to select the services and providers that best suit their needs. Book a demo now or contact us to learn more about our Employee Assistance Program (EAP). 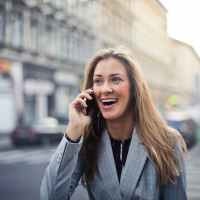