May 23, 2019 careermoneylife Financial Advice and Wellbeing, Transition to Retirement Leave a comment

This article is authored by Frank Chung and is originally published by news.com.au.

Are you smarter than a Baby Boomer?

Worryingly, one third of respondents got all three questions wrong in the Bond University study, which involved more than 3400 members of National Seniors Australia aged between 55 and 85.

“Financial literacy really dropped off as you got to the older elderly, once you go up into your 70s and above there is a noticeable drop,” said author Adrian Gepp, associate professor of statistics at Bond University.

Dr Gepp said while there were other financial literacy studies covering other age or demographic groups, it was “really hard to compare because no one’s used a common metric for measuring it”.

“But on the surface it does appear to be worse than a lot of other studies just of the general population,” he said, adding “to be honest I wasn’t necessarily thinking the findings were going to turn out this way”.

He said there was a common misconception that Baby Boomers were more financially savvy. “All the criticism is about younger generations not knowing what’s going on, well hang on, we actually have a problem at the other end, too,” he said.

Dr Gepp said people “tend to be overconfident of their financial knowledge and skills” and that financially illiterate people were “more likely to experience asset loss and outlive their savings after retirement”.

Dr Gepp said the findings showed people shouldn’t assume their parents or grandparents were across their finances. “Don’t just take it for granted that they know what’s going on,” he said. “Maybe have a chat to them.”

“Personalised products would be much easier to understand and make users more likely to optimise their income streams,” he said.

“Financial education is an efficient way for working Australians, particularly for pre-retirees, to improve their financial knowledge so that the next generation of elderly Australians have improved financial literacy,” he said.

The study was first published in the journal Accounting & Finance on April 14.

The survey used was conducted by a team of Australian National University researchers in collaboration with AMP, Rice Warner Actuaries and the National Seniors Australia. It was funded by an Australian Research Council grant.

Try your hand at the quiz — scroll below the image for answers.

• Q1: Which of the following investment options do you think is most likely to lead to a loss of money over a one-year period?

• Q2: Which of the following investment options do you think is least likely to lead to a loss of money over a one-year period?

• Q3: If you had a choice between receiving $10,000 now, or a greater amount of money one year from now, what is the minimum amount you would need to receive in one year in order for you to choose this option instead of $10,000 now?

• Q3: Varies depending on financial circumstance, but at least $10,250 to cover the cost of annual inflation plus a buffer.

• Balanced: a more even mix of shares, fixed interest, property and cash.

Help your people transition with dignity and respect with our Transition to Retirement and Financial Education Programs. Book a demo now or contact us to learn more. 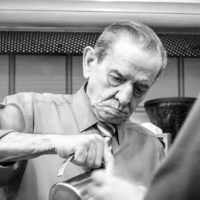 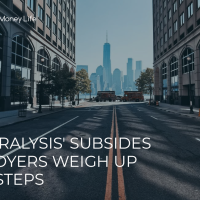