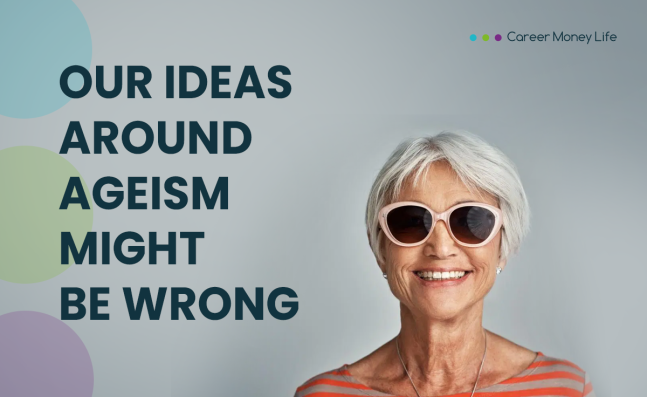 This article is authored by Jasmine Crittenden and is originally published by HRM.

When it comes to ageism in the workplace, stereotypes abound. A third of Australians believe they experienced age-related discrimination while employed or job-seeking, according to a 2017 study by the University of South Australia.

But ageism doesn’t always manifest in the ways we expect. The latest research on the topic shows it’s time to think differently.

Here, HRM delves into some findings that might surprise you — from the adaptability of workers aged 65 and over, to the high levels of age-based discrimination perceived by workers under 40, to the impacts of your own perception of age on your performance.

Young — and struggling to cope with change

One of the stickiest myths underlying ageism is that older workers quake in their boots at the prospect of change, while young ones embrace it like a TikTok dance challenge. However, this isn’t the case, according to a December 2019 study by the ARC Centre of Excellence in Population Ageing Research (CEPAR).

In fact, the age group that sees itself as most able to cope with change is those 65 and over. And the least adaptable? The 18-44 year olds. When the same question was asked of managers, the age range declaring itself the most adaptable was 45-54.

But older workers don’t just adapt to change, they instigate it. The stories of Mark Zuckerberg and Bill Gates have led us to believe that entrepreneurism is the kingdom of the young. In fact, the average age of the founders of the top 0.1 per cent of startups (based on growth in the first five years) is 45, according to 2018 research by the Harvard Business Review.

Of course, this isn’t to say that ageism isn’t present in the startup world – in fact it’s often considered a sector rife with it – but it does demonstrate that the ageism pendulum swings both ways.

Age is just a construct

The common saying “you’re only as young as you feel” perhaps holds more truth than we might first have thought. Recent research from recruitment agency Randstad in Singapore found that workers aged 18-34 believe that their careers “will come to a standstill” at 41-years-old, on average. That’s 17 years before the average retirement age. Without intervention, these young workers risk becoming bored, unfulfilled and frustrated.

All this research strongly suggests that ageism cannot be overcome with narrow programs aimed at any single generation.

Besides, it’s not so much your actual age that affects performance, it’s the way you think and feel about it.

A 2018 study of 33,751 people from the University of Virginia, shows that, typically, people over 25 feel younger than they are — and the gap between their chronological and subjective ages only widens with time. Numerous studies demonstrate this perception has a real-life impact, correlating with a younger-looking brain, better memory and faster walking pace.

In this light, pre-judging employees according to categories of ‘young’, ‘middle aged’ and ‘old’ seems absurd. As Ashton Applewhite, in her 2017 TED Talk, ‘Let’s end ageism’, says, “We tend to think of everyone in a retirement home as the same age — old. When, actually, they can span four decades … can you imagine thinking that way about a group of people between the ages of 20 and 60?”

So, where are the age-inclusive workplaces?

Despite the fact that so many studies have blown age-related stereotypes out of the water, many Australian workplaces aren’t age-inclusive.

Sixty-five per cent of workers aged 55-64 and 42 per cent of younger workers reported that “alternate career paths with a specific focus on employees of different ages” are not available in the organisations where they work, according to CEPAR’s research.

And only 8 per cent of respondents said their line managers receive training on managing multiple generations, according to a 2018 study conducted by the Australian HR Institute in association with the Australian Human Rights Commission. It also found that 30 per cent of Australian employers are reluctant to recruit workers above a certain age — and, for 68 per cent of those employers, that “certain age” is 50.

Employers that fall into this category would do well to follow the recommendations of the Australian Human Rights Commission’s 2016 Willing to Work Report, which include:

Make the transition to retirement smooth and meaningful. To help you and your people have the best possible transition from work, we’ve partnered with Changing Gears – an innovative new approach to managing retirement transitions with dignity. Book a demo or contact us to learn more about Career Money Life’s Transition to Retirement Programs.