When Jodi Rosenthal opted to take redundancy from her then-employer, the decision wasn’t taken lightly or without considerable thought. Jodi, by nature a risk-averse person, had had what can only be described as an illustrious sales career; climbing the ranks and working for some of the world’s most well-known media companies. But by the time she took a redundancy, the choice felt right. Having stumbled into a career in media, she felt that it might just be time to take a step back and have a good, long think about next steps.

Leaving the workforce and not heading right back into a job was something that excited, yet terrified Jodi. Having always been gainfully employed, she was used to the comfort of a regular paycheck and the sense of calm routine that accompanies full-time work. But more so, she was used to understanding her direction. If she wasn’t working in media sales, what would she do? Outside of her job, who was she? She had no idea.

When Jodi decided to take a redundancy, she was fortunate. Unlike other organisations, which often only offer strict, pre-paid transition support (such as resume help and counselling), Jodi’s organisation had opted to partner with digital benefits platform Career Money Life, which offers employees the option to choose what benefits they’d like as part of their redundancy package.

Having a choice is something Jodi was grateful for:

‘When I advised the business I would be taking the redundancy, they told me about the platform and really encouraged me to use it.’

‘At the time I felt relieved, actually. Because I knew, even then, that simply redoing my resume and jumping back into the workforce wasn’t going to be right for me.’

One of the options through Career Money Life was career coaching, a prospect that Jodi had never considered before, but intrigued her. Given she was feeling unsure about her next steps, she thought that being able to talk to someone might help:

‘A few of my friends had used career coaches, so I thought, why not? I had this sense that they might be able to get me professionally from point A, not knowing what I want to point B, having a firm career direction.’

One of Jodi’s main motivations for trying career coaching was to get objectivity – something she knew she couldn’t get herself:

‘I firmly believe that you can be completely self-aware, but there can still be so much about you hiding in plain sight that you can’t discover without the help of someone else. I wanted the objectivity that only another person could provide.’

Through Career Money Life, Jodi discovered Lisa Cutler, a specialist career coach for women. Jodi began her sessions with Lisa, and was immediately impressed by how broad-reaching their discussions were:

‘I thought the coaching would be strictly professional, but we covered so much ground: my values, what was important to me, and who I truly was as a person.’

‘At the time I was surprised by this, but now I see how fundamental it was in understanding what I wanted to do.’

‘It was career coaching, but also life coaching. And I began to see how the two were fundamentally intertwined.’

As her sessions progressed, Jodi made some important realisations:

‘Talking to Lisa, I realised I’d cultivated some areas of self-doubt over the years. That had led me to start second-guessing myself, to do work I thought would please people.’

‘This then made me realise that I should be doing work that meant something to me. I came out of the sessions reconsidering the type of companies I worked for; even reconsidering the work I thought I would do.’

Jodi combined her career coaching sessions with a few months’ break from the workforce, something which she says, critically, helped her to understand purpose, which she now sees as creating joy and doing things she’s passionate about. But beyond that, she now sees her career in a completely different light:

‘The former me might have machine-gun applied for new jobs by this point, but now I’m so much more considered in what I apply for.’

Jodi’s realisation about purpose and passion has heavily influenced the companies she applies for:

‘I’m now very focused on applying for jobs with companies that have a positive purpose, maybe it’s education, a not-for-profit, or even a software provider that helps small businesses. I want to work for a company whose values align with mine.’

Beyond that, Jodi also feels her eyes have been opened in terms of what type of roles she applies for:

‘I’ve also been considering a wider variety of roles across including marketing, strategy, content, partnerships, etc. I also haven’t dismissed consulting, freelancing, or even starting my own business which is something I never would have considered before. I feel like I’ve got renewed confidence to pursue a path that truly fulfils me.’

Ultimately, Jodi feels that without her redundancy, she would never have had these important epiphanies:

‘I doubt I’d be here, applying for new jobs and different businesses, and ultimately understanding my purpose,  if I wasn’t made redundant and I didn’t take a career break.’

‘It’s given me the vital perspective I need to move forward.’

As of just a few days ago, Jodi has ecstatically achieved what she never thought was possible – she’s got her dream job!

Jodi was recently offered (and accepted) a role as Head of Customer Success at Work 180, a job search platform that offers women ground-breaking transparency when applying for jobs.

Of her new role, Jodi says:

‘I am beyond thrilled to be joining an organisation whose purpose and values align with mine.’

‘I already feel connected to the positive and progressive energy of the business…it took me a while, but the wait was worth it!’

Jodi felt as if she was searching for this one role for a while, but she believes that the wait was, in fact, critical to where she is now:

‘I believe great things come to those who persist. There were some tough days during my career break when I felt like throwing in the towel and just taking any job. But if career coaching taught me anything, it was that sticking to what I believe in was critical.’

Do you feel your role aligns with your sense of purpose? Has a career break helped you get clarity and change direction? Let us know in the comments below.

Career Money Life is a digital benefits platform that enables employees to completely customise their career experiences, including their redundancy. Get in touch to request a demo or learn more here. 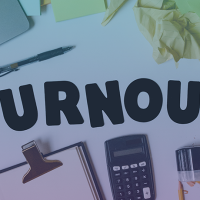 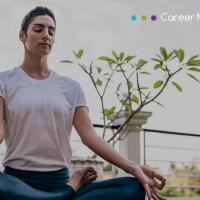