This  article from The Age, addresses the projected shifts in the workforce to more  people over 60 and up to 80 plus in the workforce. Catherine Cunningham, a Career Coach on the Career Money Life platform,  shares some great  insights into the mature worker and the prospects of retaining into our 60s and beyond.

Close to two-thirds of babies born today are expected to live to 100, and as the first generation to hit the century mark, more people are likely to be working into their mid-70s and even 80s before they retire.

Career consultant Catherine Cunningham says there will need to be a seismic shift in the nation’s approach to career management, including valuing older workers and ensuring they remain adequately skilled.

“It didn’t matter so much in the past if you got kicked out of the job market at 55, but if you do now you’re in trouble because you need the money and you need the occupation and you could live a long time,” Cunningham says.

“Career management will be as important as the technical skills you have.”

A recent Deloitte Access Economics report prepared for Chartered Accountants Australia and New Zealand found a 5 percent increase in workforce participation from people over 55 would provide a $48 billion annual boost to the economy, including savings on pensions and income tax increases.

The federal government has recognised the population is ageing and knows there is a need to cut welfare payments to those who are not self-funded, and is raising the retirement age to 67 by 2023.

Cunningham says this is likely to change significantly during the next 20 to 30 years, but for workers to be able to retain jobs or find new ones in a period of digital disruption and globalisation they will have to re-skill to ensure they are not left behind or spat out of the workforce.

After all, a person working into their 80s may need to retrain in their 60s.

“I think the recommendations would be that people do a specific strategic career plan, and one of the subsets is they check their technical capabilities every two years,” Cunningham says.

Cunningham says older workers, who may be the current generation X and Y workers, will need to build on transferable skills so they can adjust their capabilities and move sideways if needed, particularly if industries collapse or become obsolete.

She says instead of doing masters courses the trend will move towards discrete, shorter modules, including online programs.

Many of those are being made available for no cost and can be undertaken through major international universities.

Base degrees that teach the ability to learn also may be good for children growing up now, she says, because they allow people to adapt to different career paths and encourage diversification. Other strategies include understanding salary negotiations and how much money you need for retirement.

Baillieu Holst chief economist Daryl Gobbett says an older worker’s ability to remain in the workforce will depend on their appetite and ability for change.

“Many older Australians must be prepared to work in different roles to those they held down earlier in their careers. The traditional jobs are gone and they aren’t coming back,” Gobbett says.

“For a lot of blue-collar workers, the ability to move from manual jobs on the production line to people-focused jobs on the service line will determine their ongoing employability.”

Gobbett says workers committed to retraining and upskilling are the likeliest to be in demand and highly active until they retire, and he recommends they learn to use technology rather than fear it.

He says industries servicing the older population stand most to benefit from older workers, including healthcare and related services that suit stable people with good communication and interpersonal skills.

“Frontline service and management roles will be on offer across aged care, financial and legal services, volunteer-based not-for-profit organisations and travel, hospitality and entertainment, which are all industries that have a strong aged-customer demographic,” he says.

“It makes sense for older customers to be dealing with an experienced professional who can empathise with their specific situation. We are entering a period where life experience will be much more highly sought after by customers and employers.”

Ian Hargreaves, 62, is loving life in the workforce and is not considering retiring until he is at least 70. If he can work longer, he will.

“If I wasn’t working, I would be doing some sort of volunteer work — just sitting at home watching the grass grow doesn’t appeal to me,” Hargreaves says.

The administration assistant at Workskil, in Adelaide’s south, was an information technology manager throughout most of his career, but left his last senior position about five years ago.

Before he left his job he had suffered through some serious injuries and was battling stress and pressure.

He took 18 months off to recover, then spent another 18 months trying to get back into the workforce.

His skills were easily transferable, but Hargreaves says he would be prepared to upskill if needed.

“I keep abreast of what’s changing and the products that are emerging. (Change) is something that I’m used to.” Hargreaves has a daughter in her early 20s and fears for her future, as well as the future for other young people, particularly those losing jobs in manufacturing and mining. 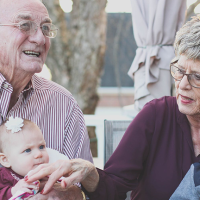 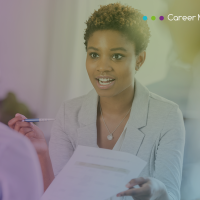 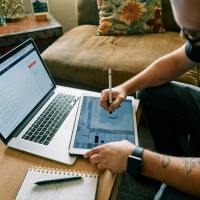 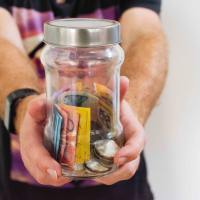